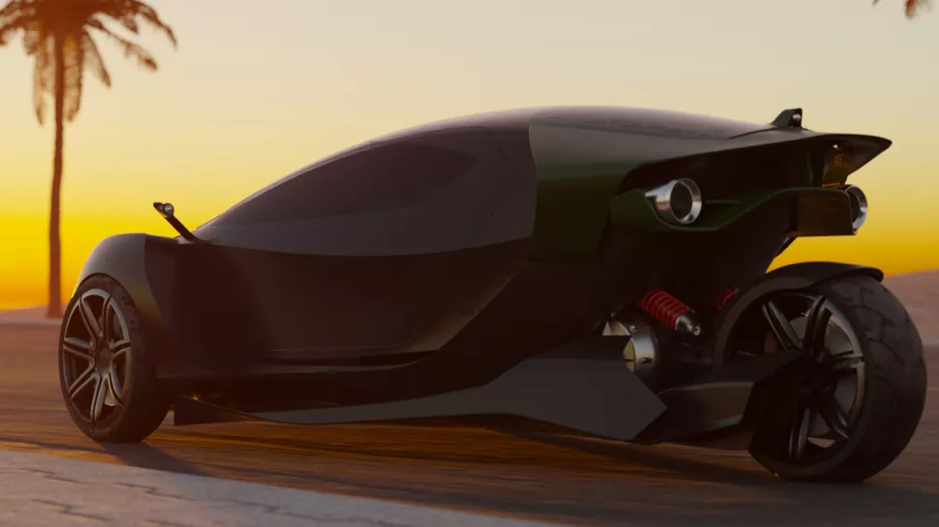 One of Daymak’s agenda has been helping the world go green but no one ever thought that the Canadian electric vehicle manufacturer could make the fastest car in the world. It certainly looks like Daymak has kept its agenda soaring by incorporating a greener vehicle. Greener in the sense that Daymak Spiritus Ultimate’s body is a fine art of carbon fibre bodywork.

At the moment, no vehicle, whether electric or not could match the Daymak Spiritus Ultimate speed wise. Daymark Spiritus Ultimate is one of a kind. A 2- seater vehicle that is loaded with so much power and moves from 0 to 60mph in just 1.8 seconds. Yes, in less than 2 seconds!

With a goal to attain 50,000 pre-orders, the company has started a crowdfunding aiming to release the ‘world’s fastest three wheeled car’. According to Aldo Baiocchi, the president and co-founder of Daymak Inc, the ultimate car is a dream come true. Speaking on the crowdfunding, the president said, “Daymak has come a long way from when I started in my garage in 2001. The Spiritus is a dream come true. The Campaign will have real time updated numbers and will end July 23, 2021.”

Daymak Spiritus Ultimate will offer high end features of a car and that comes at a cost. Estimated to cost about $149,000, the car will have a range of 298miles featuring an 80kWh battery. It will also have solar panels for trickle charging, wireless charger and a regeneration system all owned by the company.

The Daymak will also feature Daymak Deluxe, the ‘younger’ Spiritus, that will have rather younger qualities a well. It will take 6.9seconds to accelerate from 0 to 60mph, feature a 36kWh battery and travel fastest at 85mph. This will cost about $190,995 as its starting price.

The vehicles may hit the road not sooner than 2023 as the company hopes that the crowdfunding will be a crucial step towards its fruition. You could reserve yours today with as little as $100 for the Deluxe and $50,000 for the Spiritus Ultimate during the crowdfunding period. The reserves will also come with some benefits as the president announced. He stated- “Every $100 deposit or more will guarantee you a lower price for your car and will include a bonus $100 coupon towards any e-bike or small electric vehicle that we sell now through any of our dealers. This is only available through the crowdfunding campaign. We are building strong partnerships and have thrilling news coming out. Anything is possible with the help of the crowd and our partners.”