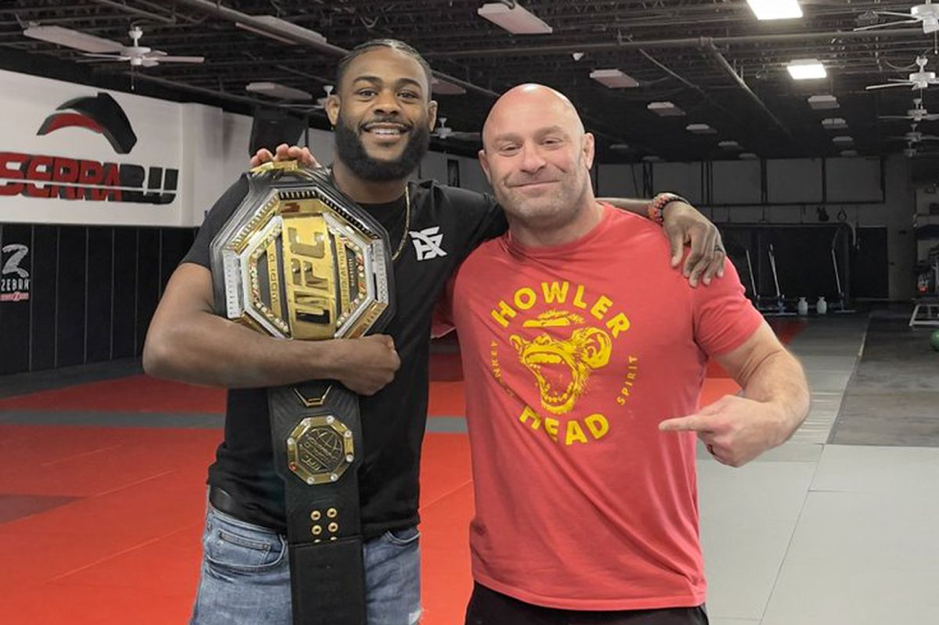 Did you expect that too? Yeah, it’s sports, and even gaffers go back coaching their old clubs regardless of the bitter fallouts because it is all play and game.

It’s been less than a fortnight after Matt Serra announced his early and rather an emotional-driven retirement from the cornering thing due to Aljamain’s snub. Matt, who instead felt disrespected by the UFC bantamweight champion, announced that the titleholder left him aground ahead of the UFC 259.

Things have suddenly, or should I say expectedly, taken another direction when the two are finally back together. Aljamain, who took to his Twitter looking all happy, announced their reunion, saying that they were together no matter what.

He stated- “In this together no matter what!”

In this together no matter what!
•#Jedis #Family #UFCChamps pic.twitter.com/63PjmfupQc

Matt Serra also showed his care towards the Funkmaster via his Instagram, saying that he will help the titleholder defend his title that is set to take place soon. Matt further asserted that he is not returning to cornering thing anytime soon as he is spending some time off the ring with his family.

He stated- “People have been giving Aljamain Sterling a lot of hate, one because of the knee, and two because they think me and him have some beef or something like that. It’s true, I’m stepping away from cornering, for now, spending time with the family, but myself and the ‘Funk Master’ are always gonna be cool. I’m gonna help him defend this belt.”

The rematch between the Funkmaster and Petr Yan is an awaited one by most UFC fans following the historic win by disqualification. Matt, who has reassured the UFC fans of supporting the titleholder, may not be at the corner once again but will help prepare the UFC bantamweight champion for the rematch.

Embracing his belt, the Funkmaster has a point to prove following his announcement after the fight that he had prepared hard for the fight, and that’s not how he wished to win. He even threw the belt on the canvas to show his discontentment.