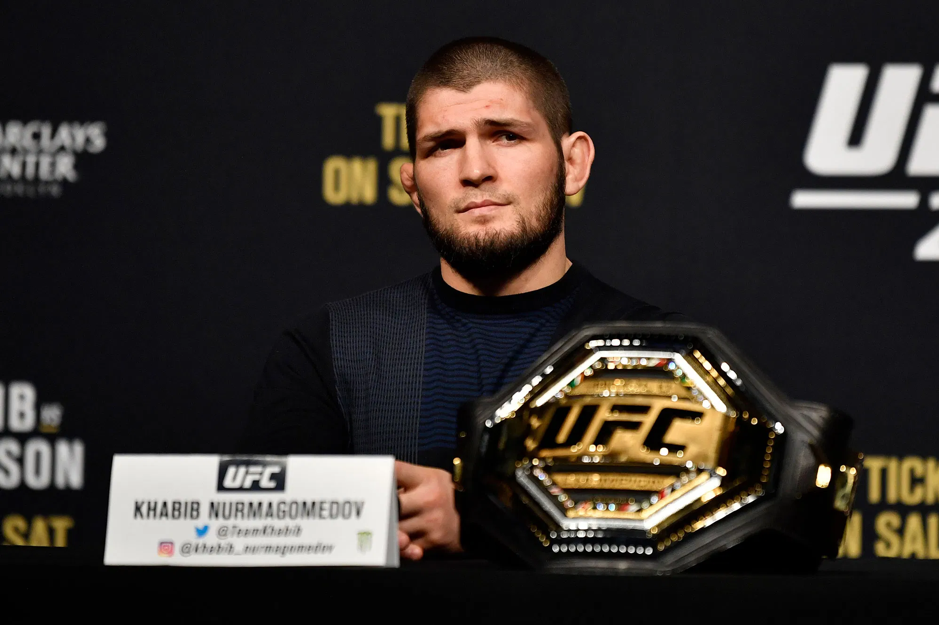 Khabib Nurmagomedov, a 32-year-old Russian MMA fighter who had kept his record clean without any losses, looks good away from the sport. Yes, you read it right, ‘had kept.’ Khabib’s name is still a household name since he is still active in UFC and MMA but outside the ring. Khabib retired back in October after his final win over Justin Gaethje at UFC 254 on Fight Island.

The Russian MMA fighter has never lost a single match and most people, including Dana White, think that the lightweight champion is retiring at his prime. That is why Dana has tried to lure Khabib back into the octagon several times, but the 32-year old champion seems adamant and looks done with the ring.

Speaking after the UFC Vegas 22 on Saturday, Khabib announced that he also feels strong and at his prime during his retirement but hopes that everyone understands and supports his decision. He stated–

After having dinner with the lightweight champion, the UFC president, Dana White, may be done trying to convince Khabib for at least one more fight.

“…two days ago, when I talk with Dana, I tell him everything that I feel, and he said he’s going to support me anyways. I’m very happy about this.”

Khabib’s name will go into the legendary MMA and UFC books as one of his greatest times as a boxer who won all his 29 fights. His decision may come as a surprise to many, but his time is done on the ring as he promised his mother. After his dad succumbed to Covid-19, Khabib pledged to his mother that his match against Justin would be his last.

A mama’s boy? Well, that is subjective, but his love for his mother reigns beyond his career, and not even the UFC president can convince him back to the cage. With these words,

“I’m going to be around guys. I’m not going to let you guys miss me. Inside the cage, I don’t feel I have to go inside the cage and do something. I fight 29 times. I think it’s enough.”,

UFC and MMA will greatly miss Khabib who has decided to venture elsewhere away from the cage.